Carroll County Regional Airport had humble beginnings as a general aviation airport. It emerged from a pasture land and evolved over the years to serve local commercial, and private plane owners and aviation groups.

The airport was the home of the M-ASA Soaring Association in the 60’s. It was also the base of the legendary aerobatic pilot Jack B. Poage.

Carroll County became involved with the airport in 1976. The county acquired several hundred acres including a grass strip runway north of Westminster on the west side of Route 97. The vision at that time was to create a business and industrial park. They hoped that businesses needing air transport would locate there. In 1977, the county constructed a  single paved asphalt runway 3,220 feet long. In the mid-1990’s, they extended the runway to its current length of 5,100 feet.

Then, in the early 2000’s, seven corporate hangars were constructed that each provide 10,000 sq. ft. of hangar space. Today companies such as Skytech (the Fixed Base Operator), Milwaukee Tools, Dream Flight School, and Surdex rent these hangars. 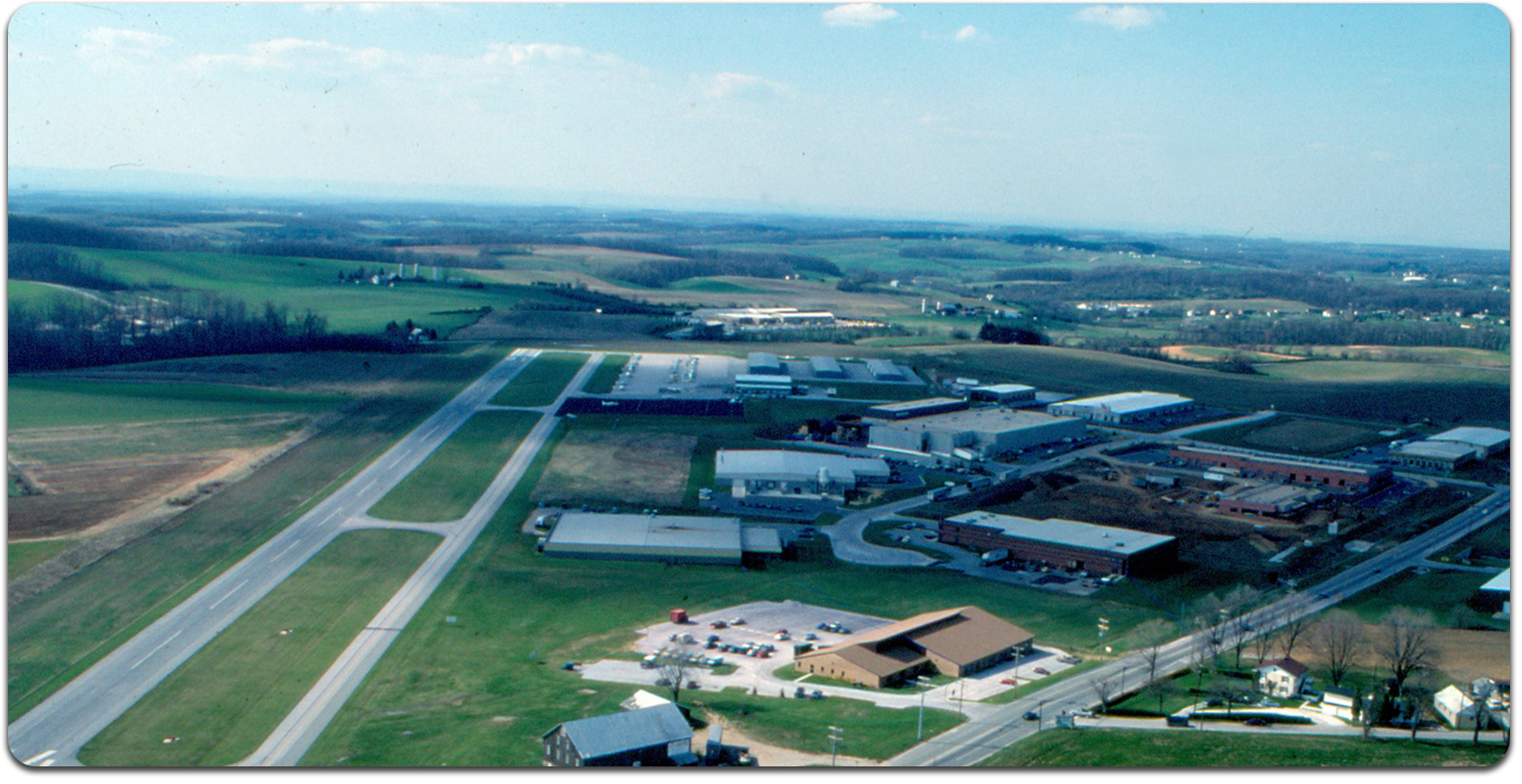 5,100 feet Runway is 6th Largest Non-Military Runway in Maryland, with future plans to replace with 5,500 feet